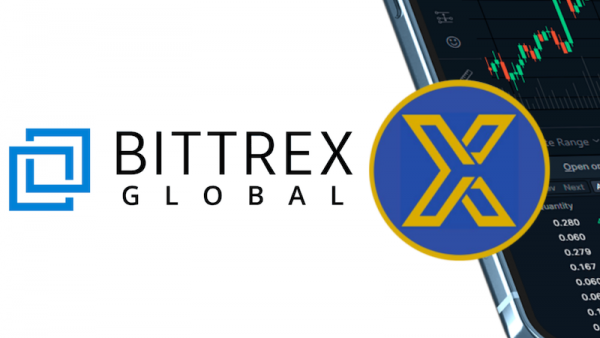 Bittrex users and other traders alike can now add physical gold to their portfolios, hedging more volatile tokens, whilst remaining in a decentralised environment. xbullion GOLD Tokens, listed under the ticker xGOLD, can now be purchased on Bittrex Global using USDT.

GOLD is one of the world’s fastest growing commodity tokens. This physical gold-backed ERC-20 stablecoin creates an immutable and irreversible record of physical gold ownership for every purchase, acting like true digital gold.  Every xbullion GOLD Token is secured by 1 gram of 9999/LBMA gold bullion which is directly owned by the token holder, insured, audited, and secured in best-in-class geo-dispersed vaults. Built to the ERC-20 standard, the GOLD digital token has successfully bridged the gap between legacy wealth building institutions and 21st century digitalization, making physical gold accessible to potentially anyone with an internet connection or a mobile device.  xbullion has developed a cryptocurrency asset that can fractionalise gold ownership to as little as 0.00000001 gram that can be accessed, traded, or transferred anywhere almost instantly around the world to any ERC-20 compatible wallet or exchange that lists xbullion.

Without paying ongoing custody fees, participants can trade with some of the world’s largest trading desks in fractional amounts for 9999 fineness gold bullion. xbullion gold is stored in state-of-the-art vaults, insured, audited, redeemable and transferable.

Tantamount to owning physical gold, xbullion’s transactions cannot be reversed and account balances cannot be frozen. This distinguishes xbullion from other gold products because the tokens behave like genuine digital gold. An immutable ledger of all transactions provides transparency on issuance, management, and ownership of the GOLD token.

On each xbullion token purchase, 1 gram of 9999 investment grade gold bullion is allocated to the token holder, and vaulted on their behalf, providing not only an easier logistical solution, but a more cost-efficient one as well.  Vaulted gold bars and bullion are insured and audited regularly.

xbullion GOLD Tokens are easily traded out for paired currencies or redeemable in increments of 1 kg through xbullion’s website. Delivery is handled by insured and specialist couriers to major cities throughout the world.

BITTREX and xbullion – A KEY MILESTONE

Bittrex is among the top digital currency exchanges in the world with a BTC/USD trading regularly exceeding $10 million per day, and a cumulative total of at least $530 million since it opened its doors in 2014.  Bittrex prides itself as a trusted, secure, and robust exchange.  These fundamentals seamlessly align with xbullion’s mantra of owning gold safely with the ease and benefits that come with digital currency. The synergy materialising in this listing is an important step in the further adoption of xbullion GOLD.

“Our GOLD token takes away the headaches of investors having to organise storage, auditing, and insurance while still owning the underlying physical asset”, said David Lightfoot, CEO of xbullion.

“From the investors’ perspective, the price of our token will always equal the current gold rate with the attendant potential for an increase in the value of gold itself. Our token offers immutable transactions, total transparency, and risk diversification which are all highly desirable by investors at the moment”.

Other exchange listings and new product launches are on the horizon.  For more information, visit xbullion’s website at www.xbullion.io