It concluded with the presentation of the TSS Social Enterprise Awards. 115 social enterprises were recognized and felicitated. 22% of the award winners were women entrepreneurs. 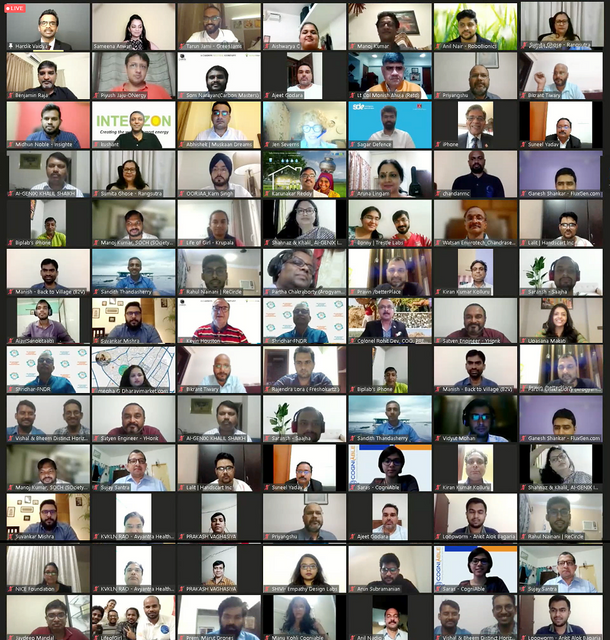 Jayashree Industries was adjudged as the Social Enterprise of the Year Award. This one social entrepreneur has given women from low-income groups in India dignity, by making it possible for them to afford to buy sanitary towels and provide them with an income at the same time. Arunachalam Murugananthamis the person who changed things. From a poor background in the South of India, he created the world’s first low-cost machine to produce sanitary towels.

The TSS Social Enterprise awards were aimed at recognizing social enterprises worldwide that are focusing on creating a tangible impact on society, communities, as well as setting an example by leading from the front. The social entrepreneurs who use their business processes, innovation, technology to solve problems defined in sustainable development goals (SDGs) defined by the United Nations including affordable and clean energy, agriculture, clean water and sanitation, climate change, education, healthcare, life on land, life underwater, livelihoods, poverty among others.

These 115 were selected out of 30,000 social enterprises registered for the Summit. They were shortlisted in five different phases.

A certificate and a trophy will be door delivered to all award winners.

TiE Hyderabad is also planning to publish a small coffee table book highlighting the award-winning social enterprises and their journey. These coffee table books will be distributed to aligned partners, thus we will put them in front of the right partners, announced Mr Manohar Reddy at the concluding function.

The summit was included on a positive note. It was the world’s largest event in the Sustainability space has saw 40,000 social enterprises, startups and entrepreneurs attending from 64 countries. 30,000 out of 40,000 registered were social enterprises. It was a record and distinction, no one can boast of anywhere in the world.

In the words of Mr Gautam Adani, in his keynote address, “it is the largest entrepreneurship conference, and the largest ever gathering of social enterprises in the world. This is indeed the greatest platform for entrepreneurs”

It was organised by TiE Hyderabad. The theme of the Summit is “where entrepreneurs meet sustainability.

TiE Hyderabad and TiE Israel and Start-up National Central from Israel have entered an MoU for cooperation, collaboration and exchange on Agriculture, Water and other related sectors.

TiE announced a rural innovators initiative. It is an initiative to nurture and to give a fillip to Rural Innovators and their Innovations. They have also announced Rs. 15crore grant money to support the initiative. A significant amount of this fund is already tied up, Mr Suresh Raju and Mr Kaliprasad announced. These funds will be deployed in rural areas, they added.

The TiE is always ahead of its time. We always work at a gross root level to make that much-desired impact. Towards this direction, the Rural Innovators program will go a long way, said Mr Manohar Reddy, President of TiE Hyderabad.

The TSS CEO Golf Tournament was organized at Hyderabad Golf Club as a run-up to the Summit.

Mr Suresh Raju, Vice President of TiE Hyderabad announced that TiE Hyderabad will be hosting the “TiE Global Summit” next year in December.

For more details about the company, please visit:  https://hyderabad.tie.org/tss2021/